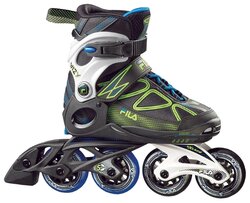 END_OF_DOCUMENT_TOKEN_TO_BE_REPLACED

Powerslide enables skaters throughout the world to skate faster, jump higher and break their own limits. Our love for the sport, our innovations, attention to detail and our drive for quality are reflected in every single item. Powerslide products are tested and approved by the world’s best skaters.